In 1926 Robert Baird married his childhood sweet heart Sally. They were both looking for adventure and their honeymoon was spent emigrating from Fairview, Bally Walter, County Down to Taihape in the Central North Island. There they fell in love again—with the wild hills of the Kawhatau, full of totara stumps, sheep and plentiful game. Robert supplemented his earnings (working for landowners) with hunting: venison for the table, and selling huge wool bales full of rabbit skins. They had 4 children, who it turn fell in love and married their sweet hearts too.

In 1962 Bob’s grandson Grant was born. Bob and Sally retired soon after and continued to live in the district they had farmed most of their working lives. Bob and Grant had a special relationship, with Bob teaching Grant to shoot the way he had taught his own son Colin: they were allowed one, single 22 shell to hunt with. When they brought home a rabbit, they were allowed 2 shells the next time. Raising a family through the Great Depression meant a lifelong commitment to thrift. Bob also had competitions with Grant: who could grow the biggest vegetables, and the most fruit. So you could say Bob provided Grant’s inspiration: growing wholesomeness.

Horticulture continued to be a passion for Grant. Colin promised him a trip to view Central Otago orchards if he passed his exams. Then, in the early 80’s Rob Muldoon initiated a diversification strategy. A team of experts visited the Taihape district, and pronounced it suitable for growing apricots, asparagus, and garlic. A flurry of planting ensued: 8 orchards eventuated, but only Grant and Colin invested in frost protection and Fairview Orchard survived.

Grant, like Bob, also enjoyed hunting, and in 1987 hunted again, but for a dear… not deer. The hunting proved excellent in Wellington, and Grant married his sweet heart in 1988: Diana. She eventually assumed Grant’s mother Margaret’s role in overall supervision of selecting and packing only the best for market.

Together, Grant and Diana continued to develop Fairview Orchard, and with dogged determination weathered many setbacks and continued planting as their own family grew. Apricots were succeeded by nectarines, followed by peaches, and finally Peacharines proved the most successful: succulent, juicy, flavourful, late season Peacharines. 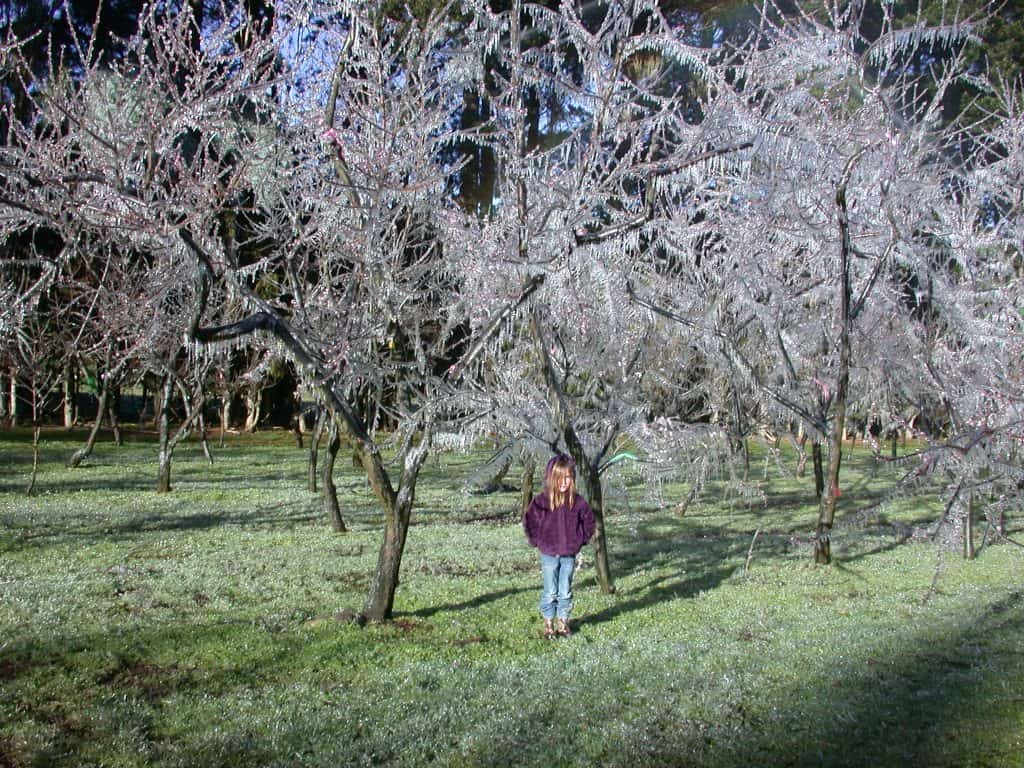 And so the love story continues:
with the land, with family and with their community:
Diana and all her fruit